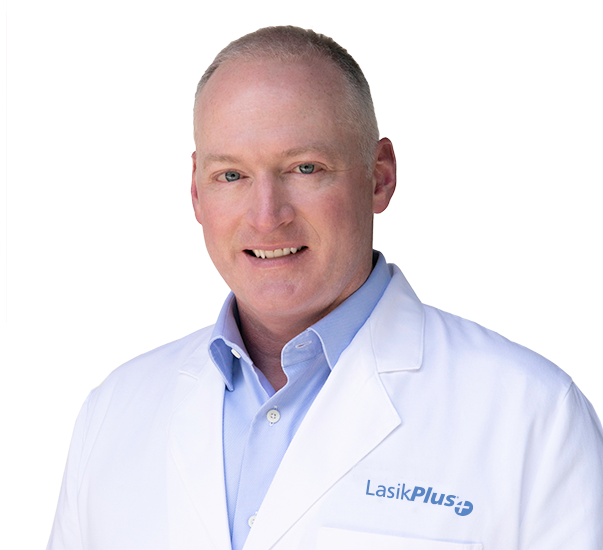 Todd J. Endicott, D.O. is a board-certified ophthalmologist and a graduate of the Arizona College of Osteopathic Medicine. He has been performing laser corneal refractive surgery since 2013 and has performed more than 5,000 procedures with the United States Navy. He served as the Director of the Laser Center at the Naval Hospital in Jacksonville, Florida. In addition to being an expert LASIK and refractive surgeon, he is certified in ICL (Intraocular Collamer Lens) surgery. When not performing LASIK, PRK, and ICLs, he performs cataract surgery and eyelid plastic surgery within the military community. As a former Naval Flight Officer, flying the Grumman EA-6B Prowler off the aircraft carrier USS KITTY HAWK in Japan, he initially depended on contact lenses and glasses for his visual acuity. As a flyer, his visual clarity was absolutely paramount to his job.

“I wore contact lenses and always had 3 spare pairs of glasses on my G-suit and survival gear. When I deployed, I carried dozens of extra boxes of contact lenses, jugs of contact lens solutions, and always extra glasses. On several aircraft carrier catapult launches, due to the sheer force, my contact lenses slipped off my eyes. I was scurrying to grab my glasses and fit them under my flight helmet, during a very critical time in flight.” After his first flying tour, he received PRK. “Oh man! My world changed! I could see better than ever before. I was freed from the burden of contact lenses, cleaning solutions, and glasses. To say it was life-changing, well, that’s an understatement.” It was such an impactful experience, he decided to pursue medicine and became an eye surgeon.

Amazing!! Best investment I have made this far on my body!

Staff was absolutely amazing! I was in & out in no time.

The staff was very welcoming and informative which put me at ease. So glad to get rid of glasses!!!

I have worn glasses for 30 plus years. I have hated wearing them and finely got the courage to do LASIK. I had 20/80, 20/100 vision with astigmatism. I had my LASIK Friday, 1/20/23 and I have 20/20 vision in both eyes. I only wish I had done it sooner. The little bit of discomfort was well worth my new vision! I am thrilled. The staff and Drs were friendly, professional and informative. I highly recommend LASIKPlus at 8705 Perimeter Park Blvd, Jacksonville, FL. They were amazing! Thank you Dr. Buffield and Dr. Hagan!

I was beyond scared going into this surgery because you begin to remember that you are trusting someone with your only set of eyes. Nonetheless, I felt comfortable with proceeding because the staff were so encouraging and sweet , reminding me that I could be rid of my glasses & the day of my procedure was the last day i'd wear them. THEY WERE RIGHT. The surgeon talked me through the entire procedure, I was nervous but everything went so fast. I had the wave light LASIK surgery and honestly didn't feel a thing the whole time. I went home to sleep afterwards (which is where the true recovery begins). Sleeping & resting the first few hours after surgery provided a lot of healing that my eyes needed. The next day when I was evaluated, i had 20/15 vision. I was able to see beyond 20/20 & I was so shocked ! This procedure genuinely changed my life. I have since been recovering, very minimal dry eyes so using eye drops as prescribed is important but I do not suffer with nearsightedness any longer. I am happy with my choice & the team who helped me to achieve better vision.